Belarusian President spills the beans, speaking out against a Trillionaire Elitist Mafia that doesn’t miss a chance to get rich and take control.

🇧🇾Aleksandr Lukashenko. President of Belarus. Excerpt from speech given on 28 January 2022.
“COVID has become a tool of control… They brought everyone home, replaced reality with the meta-universe and drugged them. Will this mafia give up billions of dollars in profits? “. 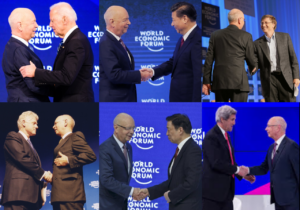 
Today the krona has become a tool of control, two years ago I predicted this would happen, the krona has its beneficiaries, billionaires all over the world whose wealth has increased, the gap between the extremely rich and the rest of the population has widened significantly.

We have the Davos forum, the Technology Industries and Pharmaceuticals which have made the biggest profits.

They are now interconnected businesses, united, in other words, they ordered everyone to go home, gave them gadgets (VR gadgets), devices and gizmos to replace reality with a Metaverse (Skype, Zoom) and forced them to take pills and drugs (the so called vaxxines).

And do they think that at some point these (Cabal) Mafias are going to give up Trillions in Profits?